Rangers Need Trocheck & Zibanejad to Set the Pace Next Season 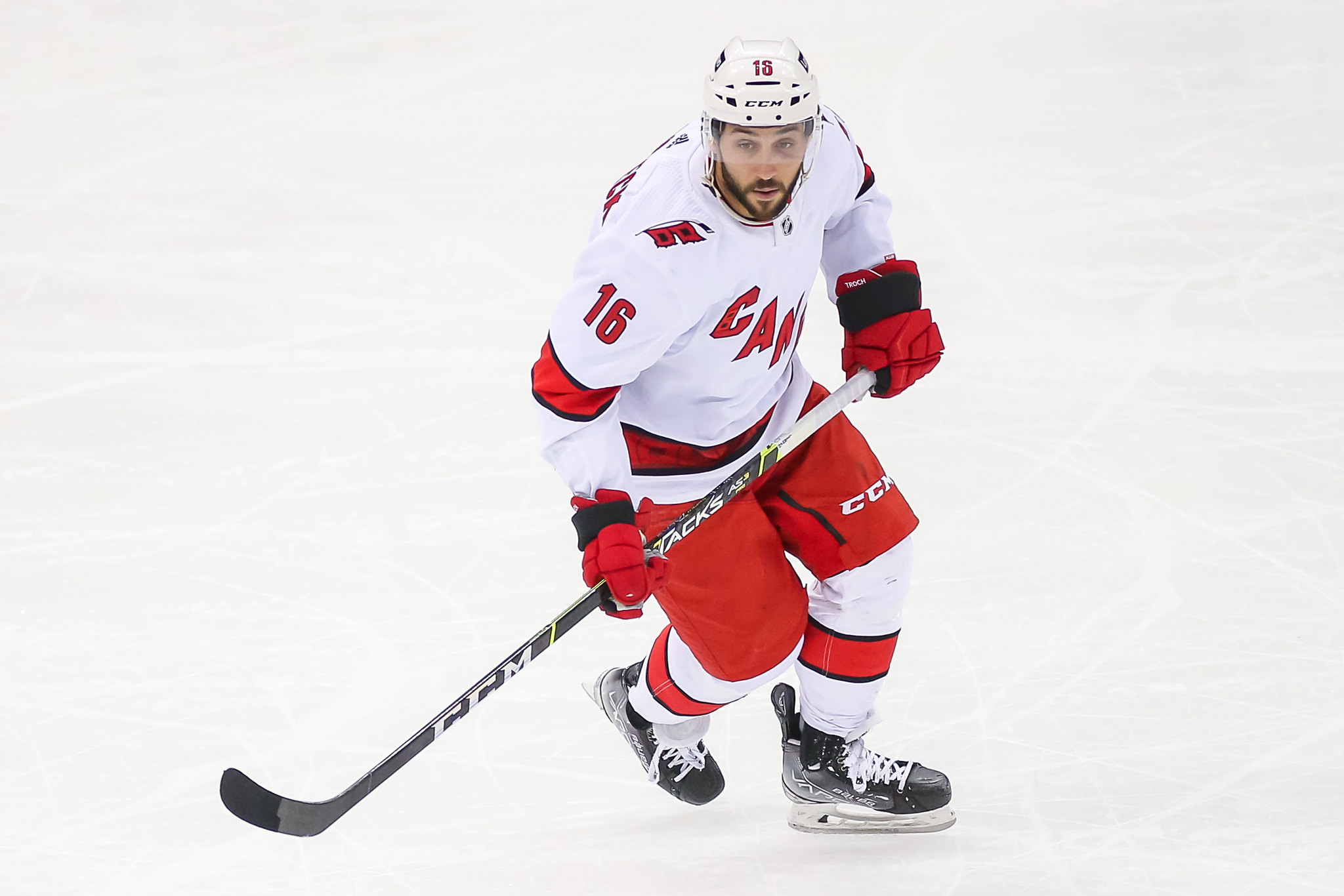 After several departures this offseason, the New York Rangers look like a different team. One of the larger holes left wide open was on the second line. Ryan Strome was the former second-line centerman of the Rangers, the 29-year-old was a polarizing player but ultimately exceeded expectations and fulfilled his role with the team the past four seasons. Yet it is undeniable that they will have to compensate for his absence and the immense loss of depth down the roster as well.

In order to do so, the Blueshirts brought in Vincent Trocheck from the Carolina Hurricanes during the free agency period. Presumably, he will slide into Strome’s spot and fellow center Mika Zibanejad will retain his position on the first line. They also lost the services of Andrew Copp, who could have competed for a center position as well. While the front office worked under the cap to form the new lines, the top two centers will need to be the production leaders of this young team from the beginning of 2022-23.

Of course with the pressure to stay competitive in the tough Metropolitan Division, the Rangers’ lines will need to come out of the gate hot. The team has some big shoes to fill – their own. They fought all the way to the Eastern Conference Final and put up somewhat of a fight against the reigning Stanley Cup champion Tampa Bay Lightning. It would not be fair to place all the pressure on the newcomers’ shoulders, which is why Zibanejad will need to have another career year.

Extra eyes will be on the team since they proved they are more than a squad being carried by Vezina-winning goaltender, Igor Shesterkin. Whether or not they can reach the same height of success as last season is uncertain but the team certainly has the right tools to do so, especially within the top six.

Filling Strome’s position was necessary but giving the job to the right player is just as imperative. The team communicated such when they signed Trocheck to a 7-year contract worth $39.375 million. Already accustomed to the second center role, he will split the heightened responsibility with Zibanejad this upcoming season.

A Glance at Trocheck’s Numbers in Carolina

The Rangers cannot afford to waste time working to rebuild the chemistry that was lost when several players could not stay under contract. The job of Strome’s replacement is essentially twofold: surpass his production and replicate the chemistry with winger Artemi Panarin, as the duo’s magic was one of the stronger themes of this young team in the past several seasons. Of course, Panarin is dynamic enough to elevate his linemates’ performance but he can benefit from the same as well.

Last season with the Hurricanes, Trocheck racked up 21 goals and 30 assists for 51 points in a full 82-game campaign, as the Hurricanes finished the 2021-22 season first in the Metro and third overall in the league. During the postseason, he netted six goals and assisted on four others in the span of 14 playoff games.

On the Hurricanes, he was the fourth-highest point producer and recorded three game-winning goals during the regular season. His point total of 51 would have ranked him the sixth-highest point-getter on the 2021-22 Rangers, ironically just below Strome, who finished with 54 points in 74 games.

Trocheck was one of the more skillful names on the market this summer. Fortunately for the Rangers, he saw a match in New York as extremely favorable. Since the Blueshirts did not have the easiest cap situation to work with, his preference to come to New York made contract talks easier while the front office had to keep an eye on their budget.

Over the span of his career as a member of the Hurricanes and the Florida Panthers, who drafted him, the Pittsburgh-area native registered 150 goals and 228 assists for a total of 378 points in 555 regular-season games. In comparison, Strome picked up 130 goals and 227 helpers in his 621 career games played, equating to a total of 357 points.

Indeed Trocheck brings several intangibles as well. First of all, this is a reunion for him and coach Gerard Gallant. “He’s one of my favorite coaches that I’ve ever had” said the forward. The fit between the team and player arrives at a perfect time as Gallant gained more playoff experience after the Rangers’ run as well. Trocheck will need to provide a noticeable push not only to make the playoffs but to help keep the team’s postseason streak alive.

Secondly, the Rangers added to their grit with this signing. Though on the smaller side, Trocheck brings an irritating edge to his game, a quality not well developed in Strome’s repertoire. The team lost a lot of speed and toughness amongst their departures but the new center will provide a bite the Rangers did not have in the past.

Trocheck is also known for his forechecking, a “work in progress” area for the young club. Just as Zibanejad is known for his defensive efforts, Trocheck will be able to bring a similar two-way style to the second line which will improve the team’s overall defense. On paper, the list of upsides seems to go on and on – of course, the real test will come when the puck drops on the 2022-23 season in October.

Due to linemate Chris Kreider’s stolen spotlight thanks to his 52-goal performance, Zibanejad quietly came off his best career season yet. The 29-year-old enjoyed top minutes as the top-line center where he also earned a leadership role, as -he tallied 29 goals and 52 assists for a total of 81 points in 81 games.

The point-per-game rate allowed Zibanejad to rank second overall for the Rangers in point production. He was also third in assists and collected the second-most amount of goals. He also led the team with shorthanded assists (4) and his role on the power play was critical to getting production with the man advantage.

Despite his successful season, it appears the numbers can go even higher for the Swede. A few seasons prior, a bout of COVID and a shortened season prevented Zibanejad from hitting his full stride. In the subsequent seasons, another level of his game was uncovered, which has made him a massive asset to the club (From ‘Rangers’ Mika Zibanejad placed in COVID-19 protocol’, Toronto Sun, 11/20/21).

Certainly, the Kreider-Zibanejad dynamic helped both reach personal records, the same can hopefully be the case with the second line. Even though Panarin led the team with 96 points, there is an untapped level he could reach with Trocheck as his center.

In retrospect, the team was only a few upgrades away from a different outcome against the Lightning and the Trocheck addition should be a step in the right direction, the real question is, how much will he propel the team forward? As mentioned, the Rangers lost more than just Strome, they also lost depth and therefore, some ability to shuffle lines using experienced players.

While the fate of the team cannot rely on the two top centers, this does not lessen the importance of both having productive seasons. Naturally, the young team will look to the veteran players once again, as both Trocheck and Zibanejad bring experience and guidance. Though the team was one of three left standing this postseason, the young players still have much to learn and having both at the forefront will hopefully help set the team up for many more years of success.

Rachel is a graduate of the University of Pittsburgh. She can be followed on Twitter @RachelNHL.