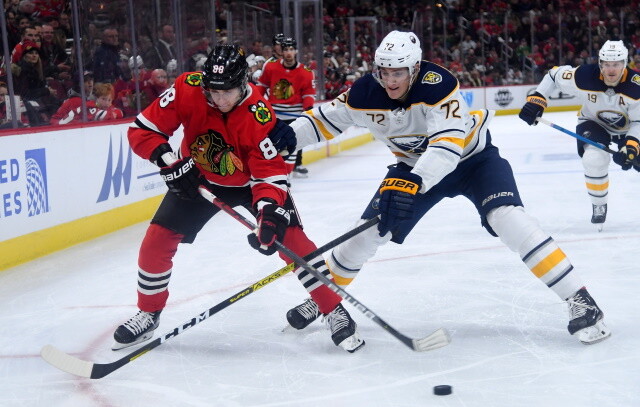 Would the Jets target Kirby Dach in any Pierre-Luc Dubois talks with the Canadiens?

Patrick Kane is not a fit for the Sabres this season, but next year? Could Tage Thompson get over $8 million?

Lance Lysowski of the Buffalo News: (mailbag) Patrick Kane is not the right for the Buffalo Sabres this offseason as the Chicago Blackhawks would be looking for draft picks and prospects, something the Sabres don’t want to give up. Now, if he hits free agency next offseason and is willing to sign a short-term offer, there could be a fit.

The Buffalo Sabres will likely trade Zemgus Girgensons by the trade deadline, but not Kyle Okposo. Expect at some point the Sabres to sign Okposo to an extension.

If center Tage Thompson scores 40 goals again, he could be looking at an $8 million to $9 million salary cap hit on his next contract. Will the Sabres want to go three to four years or seven or eight years?

If the Sabres were to be able to add an extra draft pick or two by taking on a salary, they would gladly do so. They wouldn’t be interested in someone who would take away ice time from a younger player though. The Sabres may also need to then move a player as their roster is full.