2022 Guide To the World Junior Championship 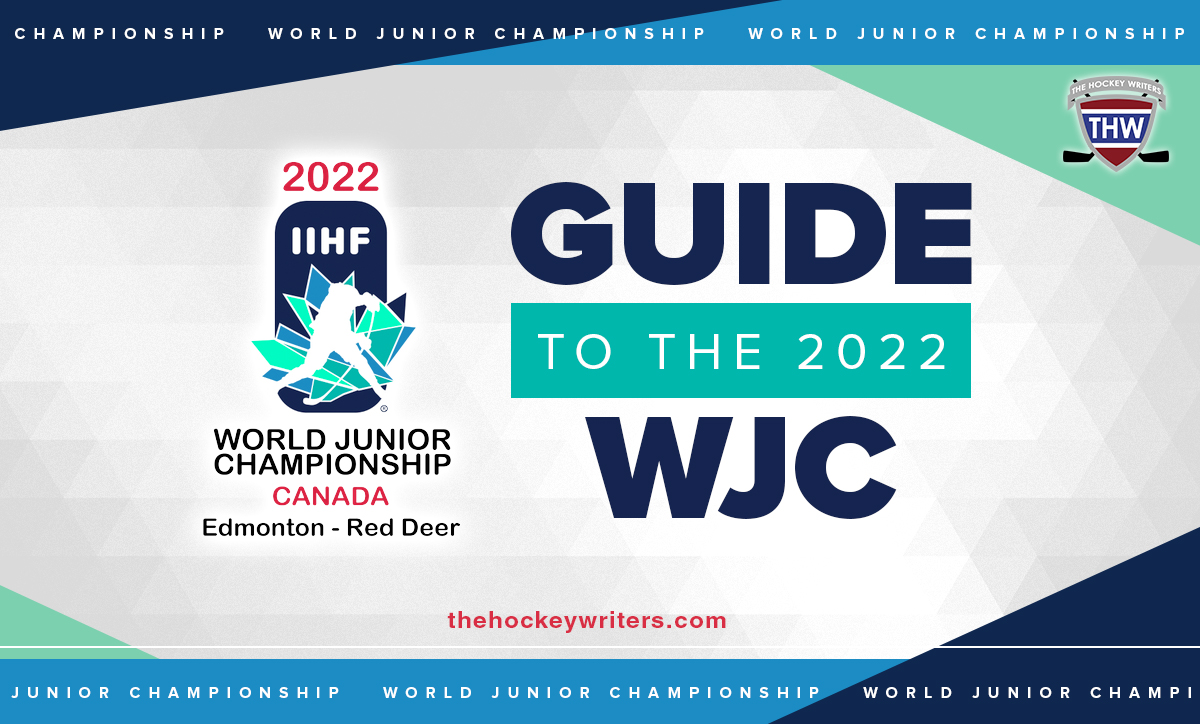 We’re now in August and you know what that means? The re-scheduled 2022 World Junior Championship is quickly approaching after it was postponed after only a few games in December.

Hockey fans anxiously wait for this event as it has been a holiday tradition and has grown tremendously since its first official tournament in 1977. While the 2022 version of the tournament was postponed during its normal schedule at Christmas time, fans will still be able to enjoy some summer-time hockey during the dog days of August when there’s usually none to be found.

Guide to the 2022 World Junior Championship

One Player to Watch From Each Team

10 Things to Watch For

Predictions for the 2022 World Junior Championship

Players who were eligible for the tournament in December will still be able to play even though they may be over 20 when it starts in August. Results and statistics from the games in 2021 will also not be counted. The tournament will start on Aug. 9 with Czechia and Slovakia kicking things off and things conclude on Aug. 20 with the gold medal game.

Even though they served as the host for last year’s tournament and the one in December, Edmonton and Red Deer remain as the hosts for the re-scheduled 2022 tournament. Initially, the tournament was scheduled to be in Gothenburg, Sweden. All games will be played at Rogers Place, home of the Edmonton Oilers.

Due to the pandemic where there was a bubble format and no fans in the arena last year, this is an opportunity for them to have that fan interaction now that cases have been relatively low compared to the previous year. While hockey was still able to be played, it wasn’t the same without the fans attending and rooting for their teams.

Gothenburg will still get their hosting duties as they will be the host for the 2024 tournament. Russia was initially scheduled to be the host country of the 2023 edition but was stripped of the honor by the IIHF due to the war going on in Ukraine. As a result, they will also not be permitted to play in the 2022 tournament even though they were part of it in December. It was announced that Canada will once again be the host with Halifax, Nova Scotia and Moncton, New Brunswick providing the locale.

Usually, there would be a team that is relegated at the end of the tournament from the previous year. However, due to different circumstances with the pandemic, the team that would’ve been relegated still gets to participate in this year’s tournament.

That team would’ve been Austria who finished 10th last year and would’ve been relegated had the original rules been in place and another team would be promoted to the top group. This year they remain and have another opportunity to compete. Latvia was also added to the tournament to replace Russia.

Group A includes Canada, Slovakia, Finland, Czechia and Latvia and Group B will consist of USA, Sweden, Germany, Switzerland, and Austria.

Team USA will look to defend their title as there will be a number of players that can compete and battle for a spot, including a number of players that were drafted in July during the 2022 Draft. Canada fell short of a perfect tournament last year but will ice another deep roster, as they look to avenge last year’s second-place finish. Both teams will be without key members from the previous year, but the talent still remains.

Jonathan Lekkerimäki will look to be a driving force for Team Sweden as he is coming off a tremendous U18 tournament where he scored five goals and 15 points in six games and won a gold medal over the United States. Without William Eklund, who decided to stay home in preparation for NHL training camps, the 15th overall pick of the Vancouver Canucks in 2022 will be front and center as the focal point of Sweden’s offensive attack.

Ottawa Senators’ third overall pick in 2020 Tim Stützle was named top forward at the tournament. While Germany had a rough start dealing with a COVID-19 outbreak, it was Stützle who led the way no matter what situation the team faced. He tied for first in team scoring with 10 points and finished tied for third overall in tournament scoring. He was always a game breaker and a major reason why Germany made it to the quarter-finals and gave Russia a good run, falling 2-1.

Ottawa Senators third overall pick in 2020 Tim Stützle was named top forward at the tournament. While Germany had a rough start dealing with a COVID-19 outbreak, it was Stützle who led the way no matter what situation the team faced. He tied for first in team scoring with 10 points and finished tied for third overall in tournament scoring. He was always a game breaker and a major reason why Germany made it to the quarter-finals and gave Russia a good run, falling 2-1.

For the second straight year, a Toronto Maple Leafs defenseman won the best defenseman award. Third-round pick (64th overall) Topi Niemelä got that honour after Rasmus Sandin won it in 2020. He was above a point per game at the tournament with eight points in seven games. Finland had strong depth on defense and Niemelä wowed everyone with his play at both ends of the ice. He ended up playing big minutes and was essential to help Finland capture bronze.

In a tournament that featured Askarov and Spencer Knight, it was Devon Levi that stole show as the tournament’s top goaltender. Coming into camp as an unknown, Levi made his presence felt becoming the starter for the Canadians. Selected by the Florida Panthers 212th overall in 2020­ –now with the Buffalo Sabres– Levi owned the top save percentage .964 and goals against average with 0.75 and allowed the fewest goals against with five. Even with those numbers, Canada fell short and won silver.

It was an all-out battle between Dylan Cozens (Buffalo Sabres) and Trevor Zegras (Anaheim Ducks) as both players put on an offensive clinic at the tournament. However, Zegras ultimately gained an edge as his two points in the gold medal game put him on top as tournament MVP. The Ducks’ ninth overall pick in 2019 absolutely dominated with 18 points in seven games and 25 shots on goal. He was the driving force for the Americans’ offense from beginning to end, helping the team capture their fifth title at the tournament.

If you want to follow a specific team or game, here is a full schedule of the games in the tournament, including all medal-round games. All games will be broadcasted on the NHL Network (United States) and TSN (Canada).