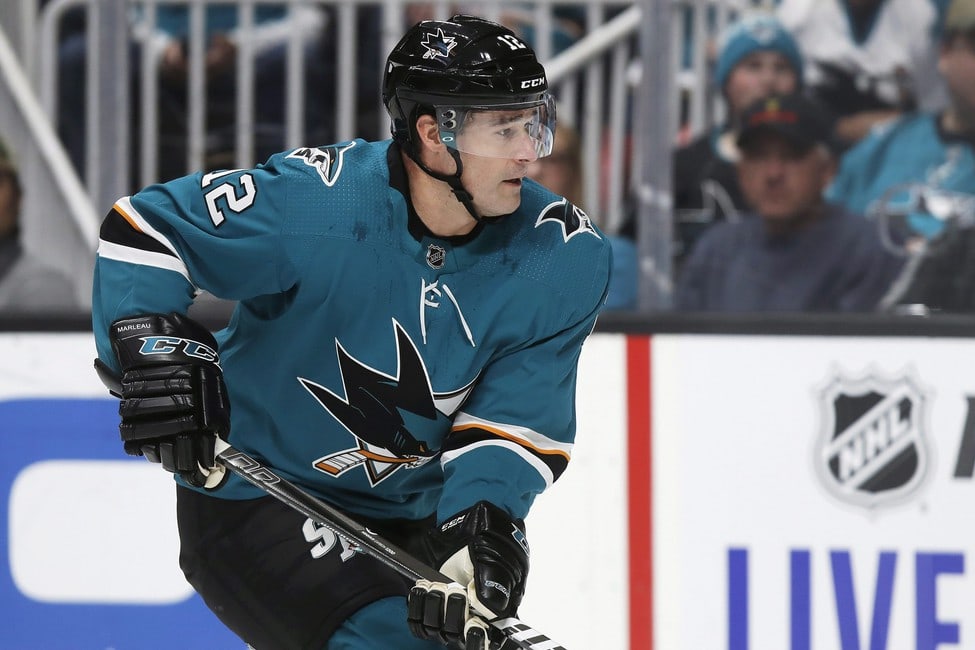 In this edition of San Jose Sharks News & Rumors, Patrick Marleau’s No. 12 will be retired this upcoming February. Meanwhile, long-time general manager (GM) Doug Wilson will have a banner lifted to the rafters this October.

In other news, Nikolai Knyzhov is expected to be ready to go for the 2022-23 season. Last but not least, the Sharks officially announced five additions to their hockey operations staff on Monday.

The Sharks announced this past Thursday that they will have a ceremony on Feb. 23, 2023 that will see Marleau’s No. 12 lifted to the rafters. The 42-year-old sits atop the leaderboard in franchise history with 1607 games played along with 522 goals and 1111 points. His 589 assists rank second to only Joe Thornton.

Marleau, who announced his retirement this past May, also had stints with the Toronto Maple Leafs and the Pittsburgh Penguins. His 1779 total career games rank first in NHL history, while his 566 goals are 23rd. The jersey retirement is well deserved for the likely-to-be Hall-Of-Famer, who at the prime of his career was one of the best players in the NHL.

Just a day after announcing Marleau’s retirement ceremony, the Sharks let it be known that Wilson will have a banner raised to the rafters on Oct. 15 of this year. The 65-year-old spent 19 seasons as the Sharks GM, constructing several great rosters which were always one of the best teams throughout the regular season and always considered a threat come playoff time.

Related: Sharks May Have Found Their Rebound Coach in David Quinn

“Doug Wilson’s imprint on this franchise is unmistakeable – on and off the ice,” Sharks president Jonathan Becher said in a press release.

“As the new expansion team’s first captain in 1991, he set a standard and helped build a foundation that would allow the team to quickly morph into one of the League’s most inspiring and successful teams.

“As general manager, he crafted and fostered the most successful era of Sharks hockey the franchise has seen, drafting a blueprint which allowed the Sharks to be in the upper echelon of NHL teams for victories and appearances in the Stanley Cup Playoffs.”

Wilson, who was inducted into the Hockey Hall of Fame in 2020, played a total of 1024 games in the NHL, the last 86 of which came as a member of the Sharks. Throughout his lengthy career, he scored 237 goals and 827 points from the back end, while winning a Norris Trophy at the conclusion of the 1981-82 season.

After an impressive rookie season in 2020-21, in which he managed two goals and 10 points in 56 games while averaging nearly 17 minutes in ice time, Knyzhov was forced to miss the entire 2021-22 campaign with groin injuries as well as a post-surgery infection.

San Jose Hockey Now recently got confirmation from a trusted source that there have been no setbacks involving the 24-year-old, and he is expected to be ready to go for training camp this coming Fall. With the recent trade that sent Brent Burns to the Carolina Hurricanes, the Sharks will need all the help they can get on the back end for the 2022-23 season, and a healthy Knyzhov would be a step in the right direction.

On Monday morning, the Sharks announced five hirings to their hockey operations staff. Scott Fitzgerald will be taking over the director of player personnel role, while Tom Holy will serve as an assistant general manager to Mike Grier. Meanwhile, Todd Marchant has been named as the director of player development.

The other two announcements surrounded Chris Morehouse, who has been named the director of amateur scouting, as well as Ryan Stewart, who will be a senior advisor of pro personnel. It is quite clear that the Sharks are entering a new era, and this entire group will look to help slowly turn things around and help this organization get back to being one of the NHL’s best teams.

Looking Ahead for the Sharks

With their staff now completely in place for the 2022-23 season, there likely won’t be a ton of Sharks news to monitor ahead of training camp. That said, there are still several free agents who remain available, most of whom will come at a very cheap cost. Perhaps Grier and his staff will look to add some depth to their roster in the coming weeks, though that is nothing more than pure speculation at this point and time.