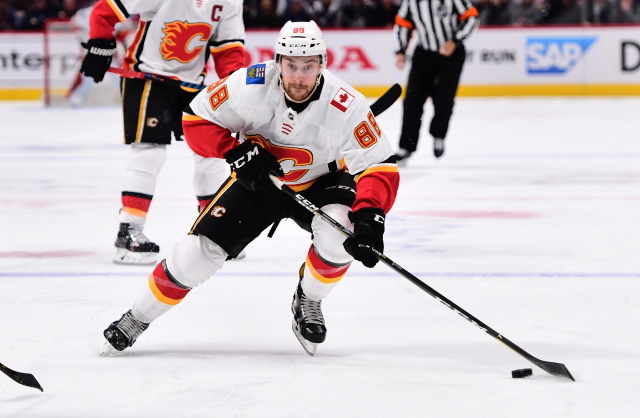 A Couple Of Minor “NHL” Deals On Monday…

Jacob Stoller via Twitter: A few minor “NHL” deals were struck on Monday. One was for Leon Gawanke of the Winnipeg Jets. He signed a two-way deal with the Jets for one year, $750,000. The 23-year old has some potential but may need to be a bit more physical to stick around in the NHL.

If he does not make Winnipeg out of camp, it may also be more difficult to pass him through waivers.

Matt Porter of The Boston Globe: The Boston Bruins signed a center but it was not Patrice Bergeron. Instead, Don Sweeney inked Brett Harrison to an entry-level contract (three years). The 2021 third-round pick (85th overall) had 27 goals and 34 assists in 68 games with the Oshawa Generals (OHL) last season.

A Touch Of Nazem Kadri

Joe Paterno of amNY.com: Arguably, the mum state of Lou Lamoriello drives news people crazy but the New York Islanders have work to do if they indeed sign Nazem Kadri to a deal.

The problem, as Stefan Rosner explains is the clearing of cap space. Some player(s) have to go but who? Then, there is the announcing of the deals. This is a dance that has been seen before. Remember those deals involving Zach Parise, etc? Those felt like they took more than a month to announce. Oh, they did.

CapFriendly.com: Again, this is the week of arbitrations scheduled for the NHL. Keep in mind, players and team can come to an agreement anytime before an award is handed out. Just because a hearing takes place does not mean a ruling takes place.

The headlines belong to Jesper Bratt and Andrew Mangiapane but watch the club-elected arbitration on Miles Wood who was hampered by injury last year. Also, there is Yakov Trenin and maybe Kailer Yamamoto on the docket.

Last year, out of 19 filings, there were zero awards handed out.