Making Sense of the Phil Kessel to Edmonton Oilers Rumors 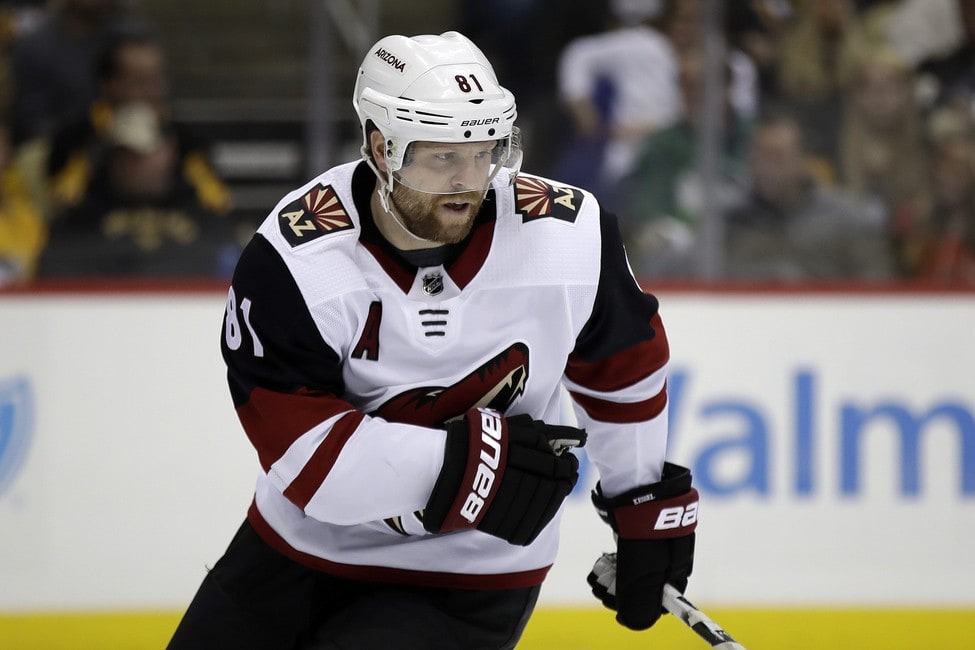 Over the last few days, Phil Kessel heading to the Edmonton Oilers chatter has gotten louder. There hasn’t been confirmation from the organization that anyone has talked to Kessel’s agent, nor suggestions by the player that he’s looking at Edmonton, but some reputable insiders are putting the pieces together and calling Kessel-to-Edmonton a good fit.

Jeff Marek and Elliotte Friedman of the 32 Thoughts Podcast brought it up, both thinking there might be some merit to the idea and Kurt Leavins of The Edmonton Journal picked up on the discussion and noted, “I continue to see smoke around Edmonton and Phil Kessel.”

Considering that the Oilers don’t necessarily need more skill in their top-six, is this something that could really happen? Perhaps the focus should be on grit and sandpaper; thus, is spending money on a player like Kessel the right way to go?

As Leavins points out in his “9 Things” article, “There are some interesting things about this much-maligned player. He knows how to score, even if he didn’t do so as much last season. He has 399 NHL regular season goals and he knows how to stay healthy. Those are all pluses for the Oilers, especially if Kessel is looking for a home with a contender and is willing to take a discounted deal to play in a prime spot.

Frankly, unless Kessel wants to play with a non-contender, the Oilers have a lot of leverage here to get a good deal. He’s looking to keep his ironman streak alive and he’s coming off a poor season where his 4.6 shooting percentage could have been an aberration, but also has teams worried he’s lost a step. With the right linemates, he could have a bounce-back season, but he’s going to have to sacrifice some money to get an opportunity with a team he wants.

Kessel isn’t likely looking for a season in which he’ll play so well that he earns himself another lucrative deal in free agency next summer. At 34 years old, that window has probably passed him by. At the same time, a campaign with a good team could warrant another deal from a franchise in the one or two-year range. Kessel might be willing to take a sweetheart deal for the right opportunity and the chance to join a cast that includes Connor McDavid, Leon Draisaitl, Evander Kane, Ryan Nugent-Hopkins, and Zach Hyman. The idea has to be appealing.

Depending on what takes place with the Kailer Yamamoto arbitration hearing and the rumored trade that would see Jesse Puljujarvi head to another team, there might be an opportunity for Kessel in Edmonton. Should Yamamoto get signed before his hearing — which most believe he will — Kessel is a top-six (or, at worst top-nine) right-winger on a very stacked Oilers forward corps. Assuming Puljujarvi is moved, Kessel would slot in behind Kane, and either ahead of Yamamoto or just behind him based on how the youngster is playing.

But, for this to make sense, Puljujarvi needs to be moved and the Yamamoto deal needs to be finalized. Even if Kessel were to sign for $1-$1.5 million on a one-year deal, it’s money the Oilers can’t really afford to give out if all three are still on the roster.

In essence, Kessel becomes a very interesting backup plan that helps the Oilers’ cap situation if GM Ken Holland moves out $3 million (the cost of Puljujarvi’s deal). The Oilers have a salary cap issue that requires attention. Currently over the cap by $2.9 million with 19 (of 23) players signed. Yamamoto isn’t the only one that needs a new deal. So do Ryan McLeod and Tyler Benson. Someone more expensive needs to go with someone less expensive coming in.

Kessel Works Under the Right Circumstances

On the surface, Kessel to the Oilers makes some sense but the dominoes have to fall right first. Holland needs to go out and acquire a bit more size and toughness and while Kessel is durable (clearly), he doesn’t quite fit what the Oilers’ biggest priority should be. With that in mind, if one or two things shift around and some roster changes occur, Holland should make some time to see what it is Kessel wants to do and where he sees himself fitting.

Once he has Kessel, he could still get more size in his bottom six or on the blue line, accomplishing both the acquisition of need and the signing of a want.