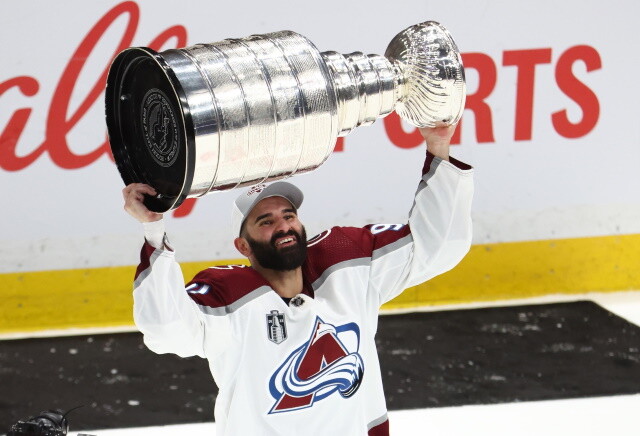 Nazem Kadri and the Slow Boat to the New York Islanders?

Mark Seidel via Twitter: This was the tweet that started it all on Sunday. Speculation suggests that Nazem Kadri will sign a contract with the New York Islanders. The question becomes when.

Will it be today? Tomorrow? A month from now? Time will tell. Again, there are boatloads of little news nuggets in addition to this initial tweet. That would seem to mean a corroboration of sorts. Several writers have run with the story.

There is also this from Dalton Finook of Sportsnet. This is important because now an amount has been attached. $7 million has been the suggested amount of AAV but for how long?

Colorado only could offer a one-year deal to retain Kadri which set things in motion. Some suggested the deal is around four years but again, that could not be readily confirmed.

Also, Lou Lamoriello and the New York Islanders have to trade someone. So, there is that.

No Hockey Signings For Two Days?

CapFriendly: Expect this to change sometime on Monday but there were no hockey contracts signed for a whole two days that impacted the NHL or its minor leagues. Again, the last deal was for John Klingberg.

Like mentioned above, will Kadri break the dam or will it be someone else?

Luke Fox of Sportsnet: One player that will not be getting an offer sheet is Jesper Bratt. With arbitration set for August 3rd, the New Jersey Devils’ forward will get paid one way or the other. Will it be a long-term deal or another “bridge” deal?

There are conflicting accounts galore from the front office to media on this one. It depends on who you believe what will ultimately transpire from the Bratt negotiations.  One thing is a given. Nothing is here.

For others like Andrew Mangiapane, arbitration deal is a prudent route to get paid in his UFA year. Then, there is Noah Dobson and Alexander Romanov from the Islanders who may have contracts but no one knows.

Players like Jake Oettinger and Mario Ferraro will get extended as well. The early part of August is its own silly season – just less chaotic.