Deal or No Deal, Yankees’ Bullpen Will Evolve 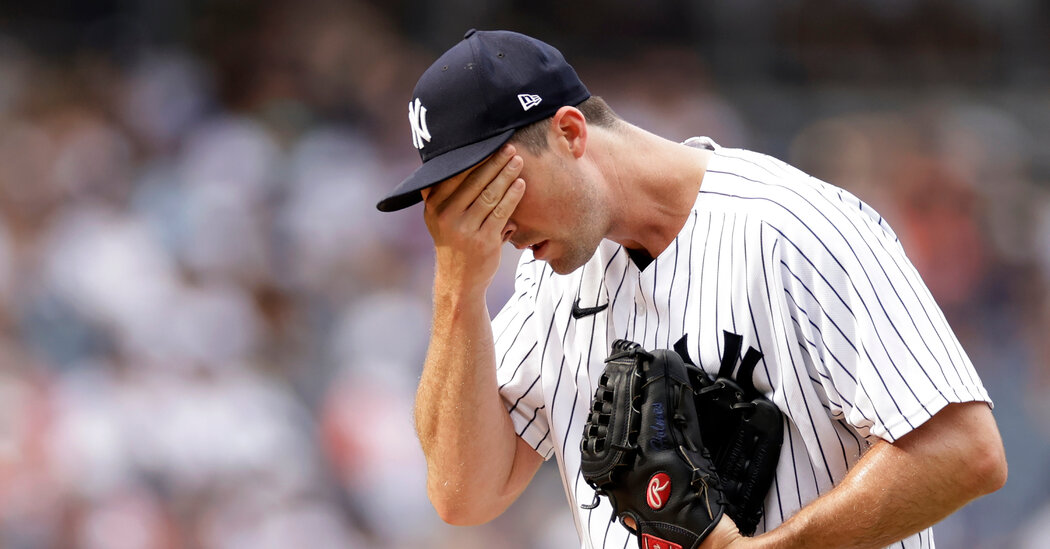 Change is inevitable over the course of a major league schedule.

With 162 games on the docket — not counting spring training or the playoffs — it’s impossible for things to stay the same. Faces come and go, injuries disrupt things and roles are reassigned. Every team deals with it to some degree, knowing full well that change is a matter of when, not if, from the outset of each new season.

But even that being a given, the Yankees’ bullpen has undergone what amounts to monumental modifications since spring training. Back then, Aroldis Chapman was the undisputed closer. Jonathan Loáisiga was the team’s top setup man, positioned as a potential successor to Chapman after a breakout 2021 campaign. Chad Green and Michael King were healthy and reliable.

Fast forward to Sunday: Clay Holmes has replaced Chapman as the Yankees’ finisher after the latter endured injures and inconsistency. Loáisiga is trying to regain his 2021 form after his own struggles and a stint on the injured list. Green, a picture of health since 2016, had Tommy John surgery in May. And King, who like Holmes was having a breakout year, had his season end on July 11 when he fractured his pitching elbow.

It is an evolution that has worked thus far, even if things fell apart Sunday afternoon when Holmes allowed his first home run of the season at the worst possible time: Salvador Perez’s three-run blast turned a 6-5 Yankees lead into an 8-6 Royals victory, handing Holmes his third blown save in 20 chances.

With the trade deadline on Tuesday, more bullpen alterations could be coming. But even with an occasional hiccup, it is worth noting that the Yankees’ relief corps remains one of baseball’s best — on paper anyway. Entering Sunday, New York’s bullpen was first in batting average allowed (.202) and second in both E.R.A. (2.86) and Fangraphs’ calculation of wins above replacement (5.5).

As obstacles have presented themselves, various relievers have stepped up. Holmes turned an interim job as closer into an All-Star nod; even after Sunday’s disaster, his E.R.A. is 1.77. The veterans Wandy Peralta and Lucas Luetge have sub-3.00 E.R.A.s. So do the youngsters Ron Marinaccio and Clarke Schmidt, who has thrown three scoreless innings in back-to-back outings, a notable development in the Yankees’ post-King world.

Even Albert Abreu, whom the Yankees had traded to Texas in April, has an E.R.A. around 1.00 since reuniting with New York in June after a season in which he was traded again, to Kansas City, waived, and then claimed by the Yankees.

“You’re going to have the ebbs and flows and bumps along the way where you have a day where they get to the bullpen, or we’ve had some injuries that have shaken some things up and moved some things around,” Manager Aaron Boone said Sunday of his relievers, who had allowed one earned run over 14 innings in four games against the Royals before Holmes’s blown save. “But the talent is very much down there to have runs like this where they are incredibly effective.”

Boone added after Sunday’s game: “We just got to keep refining, keep getting better and put ourselves in a good position moving forward.”

As good as the numbers have been overall, the Yankees’ bullpen has room for improvement, even without a deadline acquisition.

Chapman, an impending free agent who has been stripped of his closing status, has allowed seven earned runs over nine and one-third innings since returning from an Achilles’ injury, but he has thrown three straight scoreless frames. Loáisiga has surrendered four runs over six innings since coming back from shoulder inflammation. But he hasn’t allowed any damage over his last three outings.

Catcher Jose Trevino was on the same page as Boone. “Chappy’s made some good strides, Loáisiga’s coming around,” Trevino said before going on to praise the team’s younger pitchers. “Clarke is picking up slack. He’s been doing a great job. Ron Marinaccio has been doing great. It’s good for these guys to get rolling.”

In addition to Chapman and Loáisiga pitching to their potential, the Yankees have one other avenue for upgrading their bullpen without trading away prospects.

Zack Britton, a former closer and one of the team’s highest-paid pitchers, has not pitched all season after undergoing Tommy John surgery last September. The left-hander will throw to live hitters for the first time this week, and if the final stages of his rehab go well, he will rejoin New York before season’s end.

Britton has been a dominant late-inning reliever throughout his career, but the Yankees aren’t getting ahead of themselves as they await his return.

“I don’t want to put an expectation on it,” Boone said. “He’s doing well. He’s about to get to the live hitter portion of the rehab and return, so we continue to be encouraged. But what it all means? We’ll just wait and see.”

Of course, it is hard to depend on a pitcher coming off major surgery down the stretch and in the playoffs. The same can be said about trusting inexperienced relievers or those who have been inconsistent at best thus far, groups that account for the bulk of the Yankees’ bullpen. The stakes only increase from here, and the Yankees don’t have many pitchers they can definitively count on in high-leverage situations despite some sterling statistics.

That makes relief pitching an area of interest ahead of the trade deadline, even if it is not necessarily a necessity.

“I’m confident in what we have.”

For Serena Williams, Tennis — Not Motherhood — Was a Sacrifice

Serena Williams Says She Will Retire From Tennis Sometime After U.S. Open