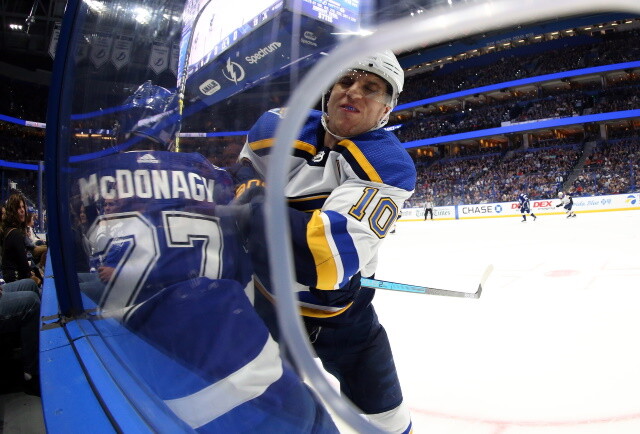 Elliotte Friedman of Sportsnet: The St. Louis Blues are looking for a top-four defenseman and they’d be a team to watch regarding Tampa Bay Lightning defenseman Ryan McDonagh. It might take the Blues a few other moves to get it done, but GM Doug Armstrong likely has a few ideas to make it work.

Do the Blues think they can have a blue line with both Torey Krug and Scott Perunovich?

Do the Blues think they can re-sign Ville Husso and have Jordan Binnington?

Do the Blues want to move up or down in the draft?

Jim Thomas of the St. Louis Post-Dispatch: The St. Louis Blues currently own the No. 23 pick in the 2022 NHL draft. Could GM Doug Armstrong be interested in moving up or down?

“If they’re not there (at 23), we’ve studied the teams that have multiple picks in the late 20s and early 30s to potentially move back. We’ve contacted those teams, and now it’s just a wait-and-see attitude when you start crossing names off on Thursday night if you make any moves.

All is quiet for Blues UFAs

GM Doug Armstrong on their UFAs:

“Nothing really to report there and quite honestly not surprising. What happens in my experience is that everyone who has baited their hooks, they’ve all thrown them in the pond now. And everyone’s waiting for a nibble.”