Stanley Cup Notes: Game 4 Ends with some Controversy – Too Many Men? 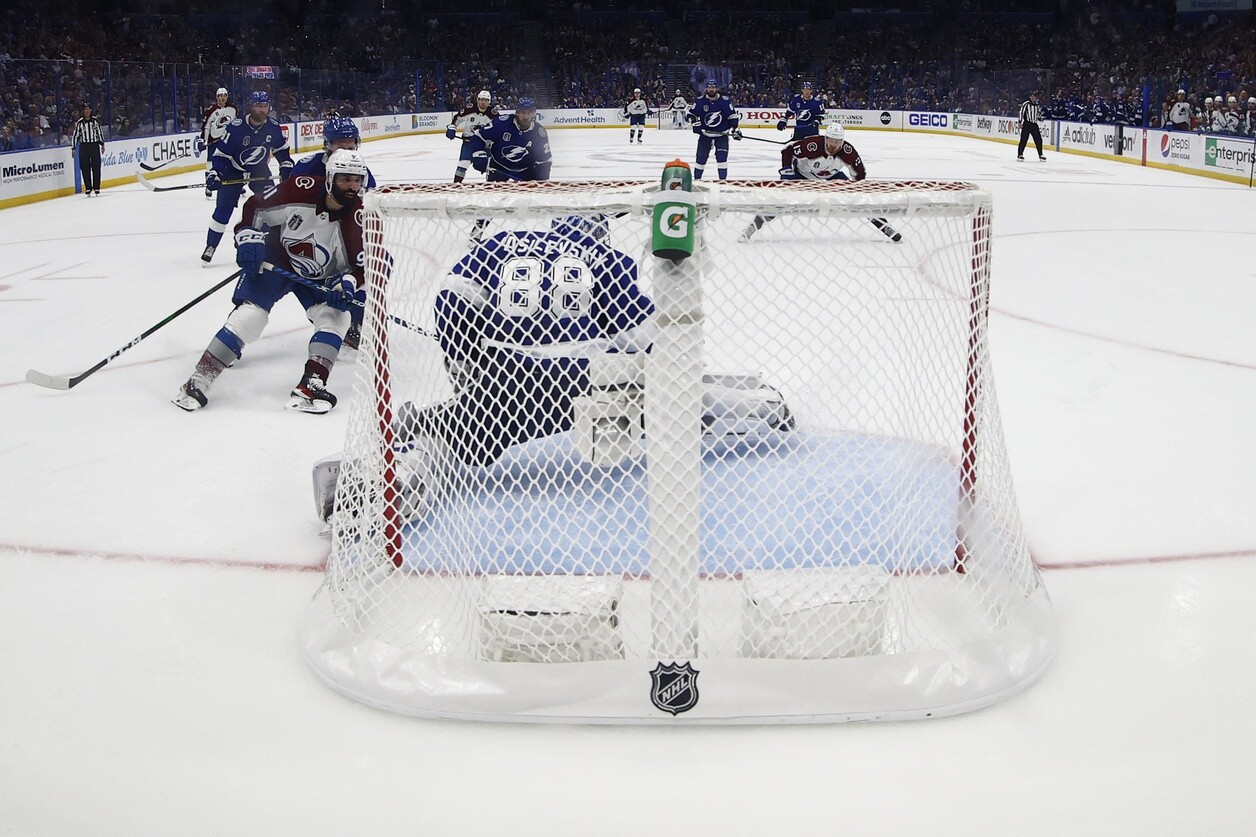 Joe Smith: Tampa Bay Lightning coach Jon Cooper: “I’ll speak with you tomorrow. You’re going to see what I mean when you see that goal. My heart breaks for the players because we probably still should be playing. I’ll be available tomorrow.”

“They were able to get an interesting change for the game-winning goal, and that was the difference,” Lalonde told Dave Randorf on-air. “It’s going to get ugly. We’re probably talking about a 50-feet change. Obviously, Kadri changed for MacKinnon.

“It’s a pretty bad look. Unfortunately, we’re on the bad end of it.”

Eric Engels: “I just went back and watched the whole sequence, and there is no question the Avalanche are in control of the puck with six players on the ice. And six are still on even as Kadri gets the puck crossing the line.”

Here’s a few angles of the Kadri game-winner… https://t.co/kWEaBLsJO5 pic.twitter.com/Dlq2FK0Paq

Game sheet says there were six Avalanche players on the ice when Kadri’s OT winner was scored. pic.twitter.com/kufhJ8X0hm

This is the most damming footage I’ve seen yet.

As Nazem Kadri (the winning goal scorer) gets on the ice it takes MacKinnon over 5 seconds to get back to the bench and he’s clearly much further than 5 feet away. pic.twitter.com/9ede4C6ZCU

Steven Whyno: A statement from the NHL Hockey Operations on the game winning OT goal in Game 4.

“A too many men on the ice penalty is a judgement call that can be made by any of the four on-ice officials.

This call is not subject to video review either by Hockey Ops or the on-ice officials.”

I’m seeing lots of people say this was a blown call, but the NHL’s rule for Too Many Men allows for exactly what happened on the Kadri goal? The Avs player that subbed out for Kadri is clearly within 5 feet of the bench when Kadri receives the pass from Lehkonen pic.twitter.com/YQ0oRn0pg3

The previous section takes precedent over the next section you’re referencing is how I interpret this. So “off the ice” is considered within 5 feet of the player’s bench