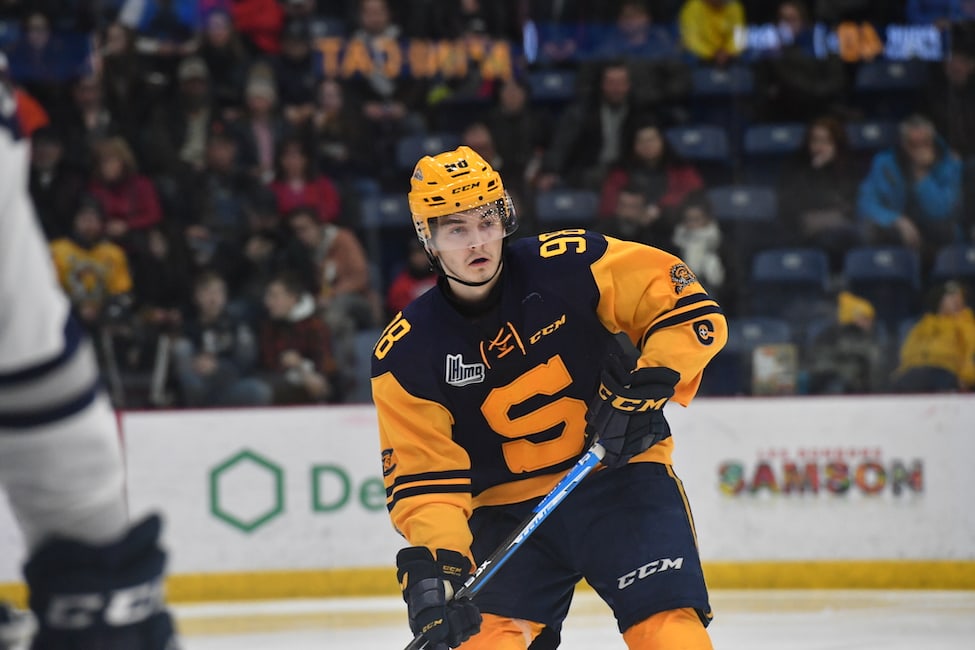 The question, ‘Why would the Oilers consider trading one of their better prospects?’ is always fair to ask when the idea of building for the future and winning with drafted and developed talent is part of the discussion. As such, suggesting the Edmonton Oilers should consider trading high-end prospect and 2022 standout Xavier Bourgault isn’t going to sit well with some.

At the same time, you have to give to get and the Oilers might really need to give while their window to win is open. Arguing that the Oilers shouldn’t trade their best prospects is fair. So is arguing that you might need to if those prospects don’t trend towards being impactful over the next three seasons.

Oilers Are In Win-Now Mode

As much as the idea of hanging onto the best prospects in your system has merit, make no mistake, the Oilers are trying to win now. After reaching the Western Conference Final this season, it will be all GM Ken Holland can do to bring back a team that is as competitive as this year’s squad. He’s likely to spend money on a goaltender (or make a big trade to land one) and he’ll be trying to sign Evander Kane — who helps the Oilers in the next three seasons, but potentially doesn’t in the last two or three of whatever contract he signs.

Regardless of what Holland manages to pull off this summer, Bourgault is not part of that equation. Not unless he’s traded to land a piece the Oilers need. Bourgault’s fantastic season makes him a trade piece other teams will look at and NHL franchises are closely watching the key role he’s playing for the Shawinigan Cataractes at the 2022 Memorial Cup. He’s got tons of value to a team that is two or three seasons away from really competing, which is not where the Oilers are right now. It could be three seasons before Bourgault is able to make much of an impact and that doesn’t really line up well with the current group of stars on this team and their contracts.

Timing is Everything for the Oilers

The trick for Holland is to catch lightning in a bottle. He needs to find players that will help today, not tomorrow. As Allan Mitchell of The Athletic rightfully points out, Leon Draisaitl becomes an unrestricted free agent in 2025. Connor McDavid hits free agency in the summer of 2026. Bourgault likely won’t help either player, at least not until the closer to the end of their current terms.

If the Oilers don’t start winning in the time Draisaitl and McDavid have left on their current deals, how realistic is it to think they won’t explore other options as free agents?

A likely scenario has the first of those three seasons being spent in the AHL with the Bakersfield Condors. In Year 2, he should challenge for a job as a scoring winger and could contribute in the NHL over the final year and a half of Draisaitl’s current contract.

He projects as a successful skill winger for years to come, but the organization is pushing for a Stanley Cup over the next three seasons. If Holland can use Bourgault as a big piece in a trade for a player who can make a significant difference in those three seasons, it would be wise to consider the option.

What About the Future?

If the Oilers move Bourgault, they are giving up a player who could be a big part of a team’s success down the line. That’s the give-and-take clubs have to make while they try to win a Stanley Cup. The Oilers are in a position where they need to start making tough choices and that might mean giving up some of the future for right now.

The trick will be not to give him away. If you value this player — which the Oilers probably do — the deal has to be right. If it isn’t, it’s one of those moves that could come back to haunt Edmonton, especially if they push all their chips in over the next couple of seasons and don’t win the pot.