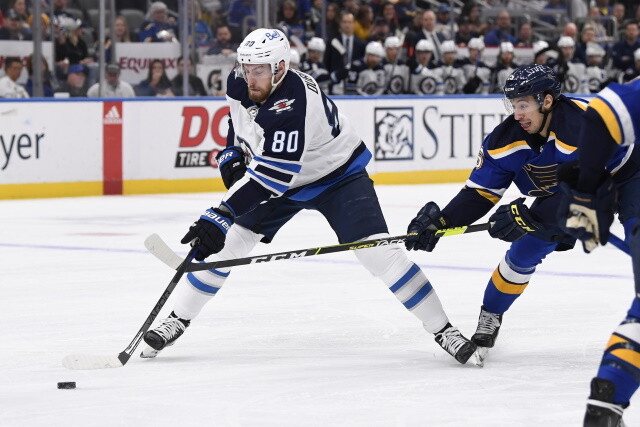 Stars and Nill working on an extension

Matthew DeFranks: Dallas Stars GM Jim Nill, who has a year left on his contract, is working with Stars owner Tom Gaglardi on remaining with the team as a GM for a few more years.

Sportsnet: Elliotte Friedman during the first intermission of Game 4 on Wednesday night.

“Pierre-Luc Dubois has informed the Winnipeg Jets that his current plan is to test unrestricted free agency when eligible in the summer of 2024. Now the Jets have control of the process until then, and what we’re also hearing though is that they wish to keep him and have him as a Jet for a long time to come.”

Dubois is a restricted free agent now and is coming off a two-year, $10 million deal.

Scott Billeck: The Jets have control over Pierre-Luc Dubois for two more years and are hoping to be able to sign him long-term.

Ken Wiebe: The Jets are hoping they can convince Dubois to remain with them long-term.

Could the Islanders swing a deal for Josh Anderson?

Stefen Rosner of NYI Hockey Now: Have already written about the idea of the New York Islanders trading their 2022 first-round pick, 13th overall, to the Montreal Canadiens for forward Josh Anderson. Anderson has five years left on his contract at $5.5 million.

Islanders forward Anthony Beauvillier carries a $4.15 million salary cap and may be in need of a change of scenery after a disappointing season. Could the Canadiens be interested in the 25-year-old Quebec native? Canadiens GM Kent Hughes was his agent.

The Islanders would need to include another piece(s) – not their 2022 first-round pick. Would a 2023 second-round pick work?