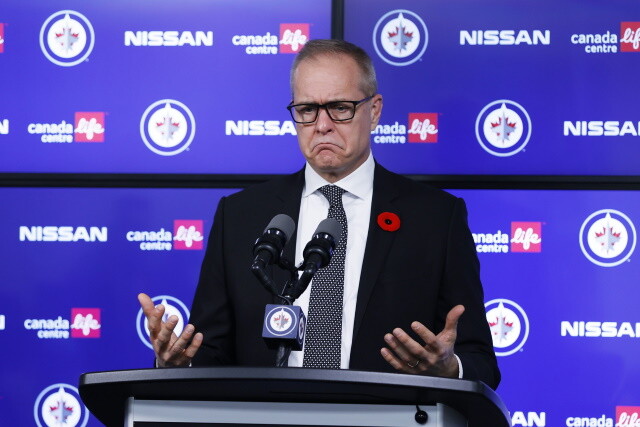 Dan Mizutani: The Minnesota Wild have re-signed Connor Dewar to a two-year, one-way contract with an AAV of $800,000.

It looks like they plan on having Dewar in their lineup full-time next season.

Woodcroft’s salary with the Oilers

Pierre LeBrun: Jay Woodcroft’s three-year deal with the Oilers is for $2 million per season.

Florida Panthers: The Panthers have hired Paul Maurice to be their next head coach Paul Maurice.

“At the completion of our season, we began an in-depth examination of all aspects of our team. After taking the appropriate amount of time for analysis, we determined that we needed the perfect fit to continue with the growth of our players and stay on the path for our franchise goals,” said Zito. “Paul’s experience and intellect were just what we were looking for and we are thrilled for him to step into the role of head coach.”

Darren Dreger: Maurice’s contract with the Panthers is for three seasons.

Frank Seravalli: Have heard, if he wants it, Andrew Brunette will be offered a “significant role” with the team.

Pierre LeBrun: It sounds like it would be a surprise if Brunette remained with the organization in a different role.

there were five phwa members who didn’t include connor mcdavid on their hart trophy ballots. these are the voters, and who they included on their ballots.

one voter left both matthews and mcdavid — the two leading vote-getters — off their ballots entirely. pic.twitter.com/iCxt15ytVq