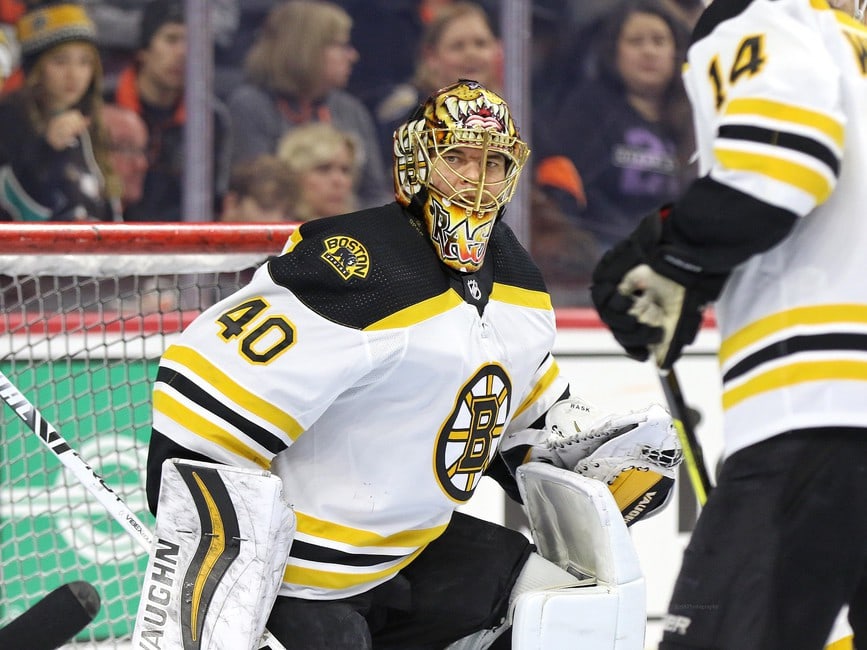 In this edition of Boston Bruins News & Rumors, Tuukka Rask was honored before Thursday night’s game versus the New Jersey Devils. In other news, Erik Haula is proving to be the team’s second-line centerman they didn’t know they had. Meanwhile, Patrice Bergeron is continuing to play at an elite level and has many believing his play this season is deserving of his fifth Selke Trophy. Last but certainly not least, Willie O’Ree was finally able to see the banner of his retired number in the rafters on Saturday night.

Prior to the Bruins game on Thursday versus the Devils, Rask was brought onto the ice to do a ceremonial puck drop. It was a great scene, as Bruins fans were able to honor the 35-year-old one last time. Shortly after the game, he spoke with the media about what he has planned for himself moving forward.

“I don’t know what the future holds,” Rask admitted. “Maybe I’ll get into coaching. Maybe not, but for now, I’ll be hanging out with sponsors.”

Rask also mentioned that he will be appearing at some games moving forward as a team ambassador. With his comments about coaching, perhaps one day he could end up in a goalie coach role for this team. Considering how spectacular he was at the craft for over a decade in the NHL, there are certainly worse options available.

Entering the 2021-22 season, there were plenty of questions as to who would man the second-line center spot for the Bruins. For years, David Krejci was used in that role, but he chose to return home and play in Czechia this season.

Early on, the Bruins tried a number of options but were unable to find a solution. That had most thinking they would fill the role with a trade deadline addition, and many were frustrated when that didn’t happen. That non-move may have worked out for the best, however, as Haula has stepped up in a massive way. The 31-year-old, playing between Taylor Hall and David Pastrnak, has 10 points in his last six games. While that production may cool off, he looks very comfortable in his role, which is huge for the Bruins as they enter the final stretch of the 2021-22 campaign.

At the age of 36, Bergeron remains one of the game’s best two-way players. Offensively, he has been stellar, notching 18 goals and 52 points through 60 games. However, he has been even better defensively, and as a result, has many thinking he should not only be nominated but win the Selke Trophy at season’s end. (from ‘Conor Ryan: NHL Notebook: Patrice Bergeron might be running away with Selke Trophy this season’, Boston Sports Journal 04/03/22).

If he were indeed to win, it would be the fifth Selke of his illustrious career and the first since the 2016-17 season. Bruins management needs to do anything and everything in their power to get his man re-signed this summer.

Back in January, the Bruins honored O’Ree by putting his No. 22 into the rafters. The 86-year-old was very appreciate of the move but was unfortunately unable to attend the ceremony due to the COVID-19 pandemic. Thankfully, with things shifting back to normal, he was able to get to Boston and see it in person.

“Yes, that’s very nice,” a smiling O’Ree said when asked about it. “Walking into TD Garden and actually seeing it is really great. I never dreamed in my lifetime that my number would be retired and hanging up in the rafters.”

The Hockey Hall of Famer received a loud roar from the crowd when shown on the jumbotron during Saturday night’s game, a well-deserving one for hockey’s Black pioneer. It is extremely heartwarming to see all of the recognition O’Ree has received in recent years, not only by the Bruins but the hockey community as a whole.

Next Up for the Bruins

The Bruins have four games on their schedule for the week, the first two of which will come on a back-to-back set Monday and Tuesday against the Columbus Blue Jackets and the Detroit Red Wings. They will then have two off days before taking on the Tampa Bay Lightning on Friday and will end their week with a Sunday matchup against the Washington Capitals. They will look to close the gap on both the Tampa Bay Lightning and Toronto Maple Leafs in the Atlantic Division, as both teams currently sit just two points ahead of them.

Revealed: Liverpool’s stance on Curtis Jones’ future at the club

Jurgen Klopp insists Takumi Minamino was not a flop at Liverpool