The Delhi Capitals (DC) will take on the Mumbai Indians (MI) in Match No.2 of the Indian Premier League (IPL) 2022 at the Brabourne Stadium in Mumbai on March 27. Both Delhi and Mumbai revamped their squads ahead of the season as the players had to go back into the mega auction pool. The teams, however, retained their captains, which means it will be the exuberance of Rishabh Pant vs the experience of Rohit Sharma.

Delhi and Mumbai will be missing a few players in the opening encounter. Mumbai will be without Suryakumar Yadav. The batter was at the National Cricket Academy (NCA) after suffering a hairline thumb fracture during the limited-overs series against West Indies last month. He only joined the MI squad on Saturday.

Delhi are likely to be without their pace spearhead Anrich Nortje for a few games as he is suffering from hip and back issues. Bangladesh pacer Mustafizur Rahman and South African pace bowler Lungi Ngidi will also miss DC’s opening game. In another setback, David Warner will only be available for the franchise after April 5 as per Cricket Australia’s (CA) decision. 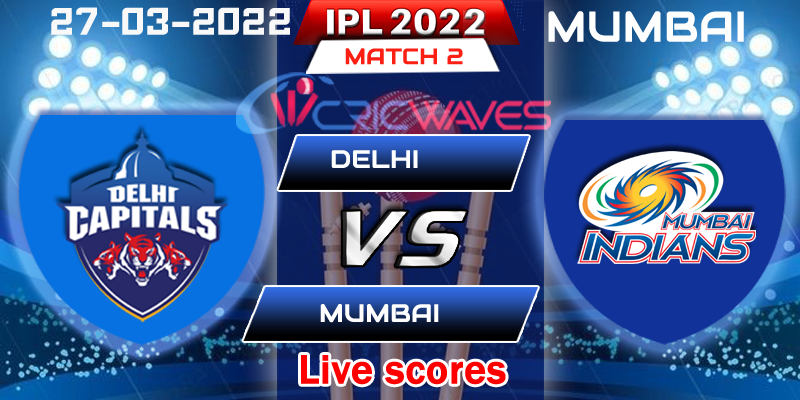 With Shikhar Dhawan having moved to the Punjab Kings (PBKS), Delhi will need a new opening partner for Prithvi Shaw. They could either go for Tim Seifert or U19 sensation Yash Dhull. The in-form Sarfaraz Khan could also get a game while there could be a tussle between Kuldeep Yadav and Lalit Yadav for one of the spots.

MI will open with skipper Rohit Sharma and Ishan Kishan, the latter being bought back at the auction for a whopping Rs 15.25 crore. The young wicket-keeper batter will be under pressure to prove his worth. There has been a lot of talk surrounding Tilak Varma so he remains to be seen how he responds to the expectations.