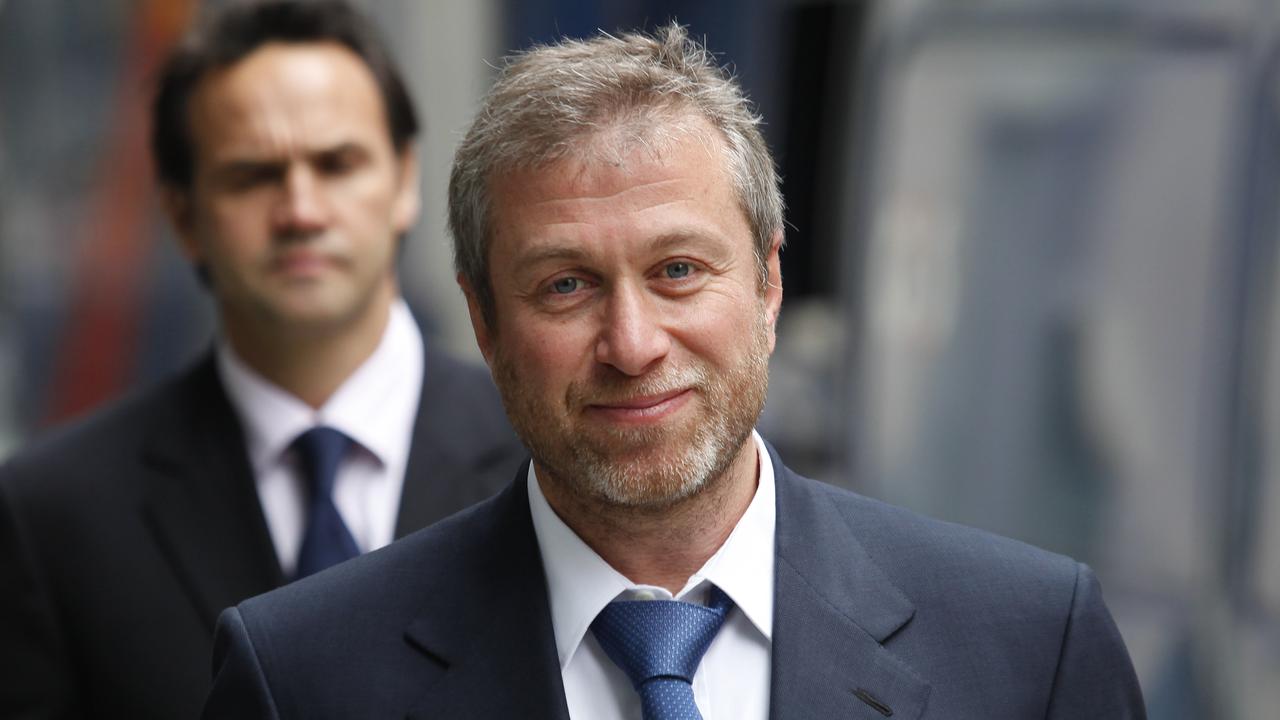 The Russian, who bought the Premier League team in 2003, announced on Sunday (AEDT) he has attempted to hand over the stewardship of the club to the trustees of its charitable foundation.

The move came as English government officials called for action to be taken against Russian billionaires who have dealings in the UK.

The 55-year-old is also reportedly set to be banned from living in Britain as a result of being classified a person “of interest” because of his links to “corrupt activity and practices” with senior Russian officials.

English member of parliament Chris Bryant this week singled Abramovich out when calling for a crackdown on “illicit finance and malign activity”.

He took his campaign another step forward on Wednesday, saying: “Roman Abramovich, well I think he’s terrified of being sanctioned, which is why he’s already going to sell his home tomorrow, and sell another flat as well.

“My anxiety is that we’re taking too long about these things.”

Abramovich, whose fortune is worth nearly $19 billion according to the latest data from Forbes magazine, is now facing a fire sale of his assets in the UK, which includes a property portfolio worth a staggering $360 million.

The true body blow surrounds his future with Chelsea. The club was recently valued at $4 billion.

Despite the growing outcry against the Russian billionaire, he had never previously shown any sign he would step away from the club.

His move to hand over stewardship was seen by some to be a way to create distance between him and the team, reports on Wednesday shows the simple truth is that he is being forced to cut and run over the pending sanctions which includes a potential seizing of his assets.

According to The Telegraph, at least three parties are bidding to take up ownership of Chelsea with Abramovich to consider offers this week.

The bidding teams are reportedly confident of striking a deal while Abramovich’s negotiation position is weakened by his need to sell immediately.

He has previously knocked back offers of $4 billion for the club, but now he has been forced to return to the bargaining table.

Abramovich has previously loaned Chelsea $2.7 billion through holding company Fordstam, it is unclear if he will demand to be paid out in full as part of his conditions for selling the club.

He is also reportedly moving to offload his vast UK property portfolio out of fear his assets will be frozen as part of the government crackdown on Russian businesses.

It was earlier claimed this week by Abramovich’s team that he has been contacted to help bring an end to the atrocities taking place in Ukraine.

“I can confirm that Roman Abramovich was contacted by the Ukrainian side for support in achieving a peaceful resolution, and that he has been trying to help ever since,” his spokeswoman said.

Chelsea have profited from two decades of unprecedented success as a result of the money Abramovich has ploughed into the club.

The Blues had one league title in their history prior to a takeover that started the wave of major foreign investment in English football and helped hyperinflate the cost of transfer fees and wages.

In those glorious early years of Jose Mourinho’s time as manager, Abramovich was a regular attendee at Stamford Bridge.

But his appearances have gradually became more fleeting.

After this firesale we may never see him back at a Chelsea home game.