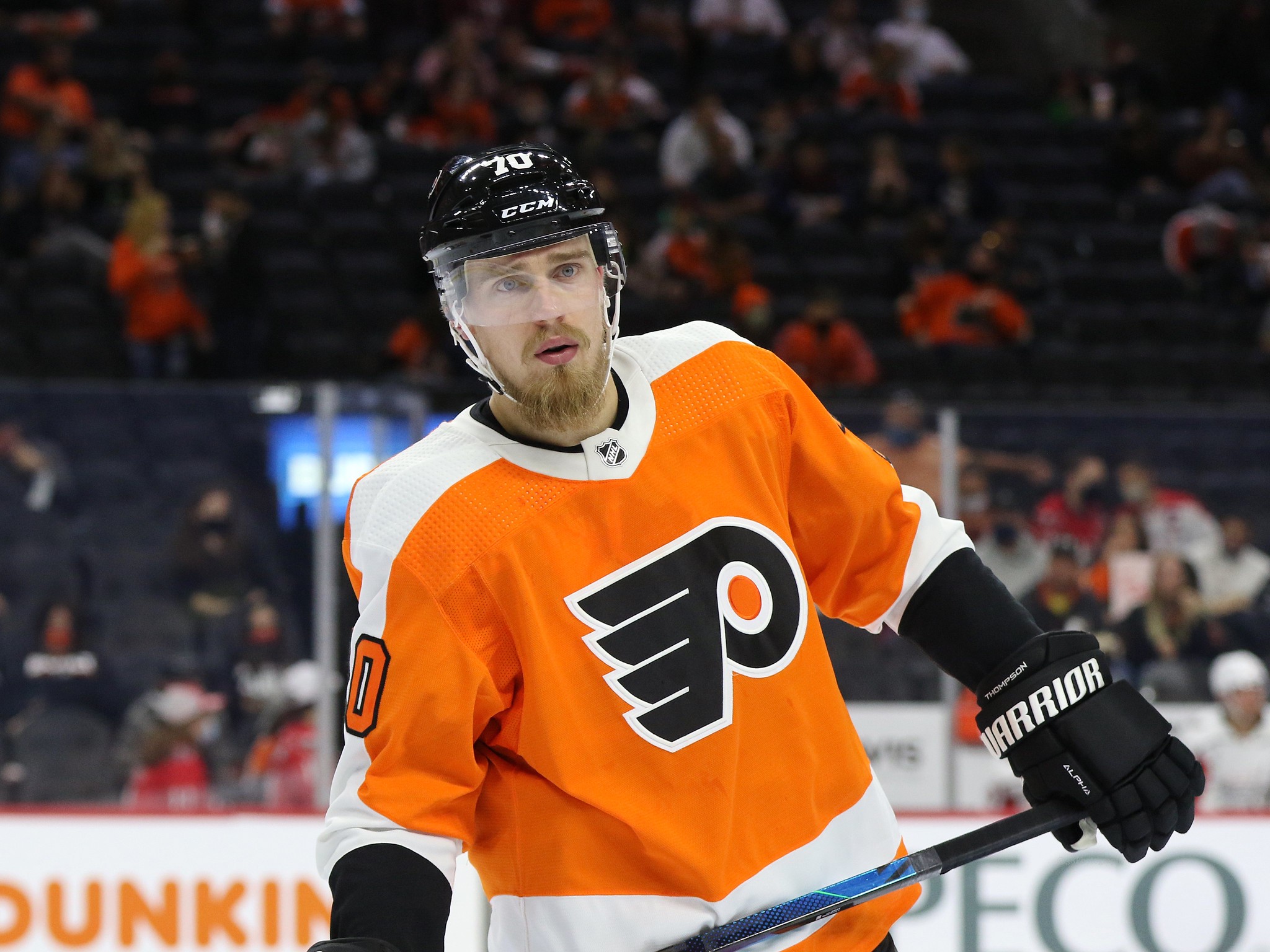 In this edition of Boston Bruins News & Rumors, many are suggesting that the team could be targeting Rasmus Ristolainen of the Philadelphia Flyers. In other news, Jake DeBrusk faced the media for the first time since his trade request. Meanwhile, Jeremy Swayman has been fantastic as of late and appears to have taken over the number-one role for the Bruins. Last but not least, they made a trade this past week with the Arizona Coyotes, acquiring the rights to Michael Callahan in exchange for a 2024 seventh-round pick.

Ristolainen a Potential Trade Target for the Bruins

Recently on his 32 Thoughts Podcast, Elliotte Friedman said he believed Ristolainen will be moved ahead of the trade deadline. One team that could be interested in the hulking defenceman, according to Jimmy Murphy of Boston Hockey Now, is the Bruins.

Murphy wrote that he has heard from a few NHL scouts that Ristolainen is exactly the type of player the Bruins are missing in their lineup right now, while also adding he has heard the 27-year-old is on general manager (GM) Don Sweeney’s trade board.

Ristolainen is a tricky player to get a read on. By all accounts, he has plenty of skill and isn’t afraid to play a physical style of hockey. However, he has been critiqued plenty over the years by the analytics community, who believe he is extremely overrated as a player. Perhaps playing on a team like the Bruins, who are much better than his current team in the Flyers and former in the Buffalo Sabres, would be just what he needs to prove his worth.

Back in late November, it was confirmed that DeBrusk had indeed requested a trade from the Bruins. After two very solid seasons to start his career, the 25-year-old has struggled recently, and clearly believed a change of scenery was needed. He hadn’t spoken with the media since his trade request came to light, but that changed this past week after a game against the Seattle Kraken.

“To be honest, I told the guys in the room when the news first kind of hit and the news got out there, I told them I didn’t want to be a distraction,” DeBrusk told reporters. “So I respectfully plead the fifth on all of those. I want to talk about the game and stuff. Obviously I haven’t talked [to the media] in a while. It’s a fair question, but I won’t be answering that.”

Credit where credit is due, DeBrusk hasn’t pouted about not being granted a trade yet and has continued to battle each and every night. In fact, he has been playing his best hockey in a long time as of late, as he has points in five straight and recorded his first-career hat trick on Monday versus the Los Angeles Kings. While a trade still seems likely, perhaps he is upping his value and can get more of a return for the Bruins.

Swayman Appears to be Taking Number One Role

Back in January, the Bruins made the difficult decision to send Swayman to Providence in order to make room for Tuukka Rask. As it turned out, his stay in the American Hockey League (AHL) was short-lived, as Rask’s body didn’t hold up for him and forced him into retirement, which resulted in the recalling of Swayman.

While he was frustrated at the time, Swayman kept his head held high and is taking advantage of the new opportunity he has gotten. The 23-year-old has been great all season long, particularly as of late, and after Monday night’s shut out versus the Kings now owns a sparkling 1.95 goals-against average (GAA) along with a .929 save percentage (SV%). As a result of his play, his head coach Bruce Cassidy seemed to suggest he indeed has become the team’s number one goalie down the stretch of the season.

“He’s probably a little ahead right now. We don’t want to declare anything,” Cassidy said. “That’s the next phase for him. Can he handle the majority of the starts as a young guy? It might play out that way for him if he continues to play the way he has.”

Regardless of whether or not he turns into the number one this season, it is clear he has starter potential. The Bruins have been blessed with goalies over the years, and appear to have yet another stud in Swayman.

The Bruins made a minor trade last Tuesday, obtaining the rights to Callahan in exchange for a 2024 seventh-round selection. Having been drafted back in 2018, it seemed unlikely that he was going to sign an entry-level deal with the Coyotes, which is why they chose to part ways with him.

While there is no guarantee he signs with the Bruins, he is from Franklin, Massachusetts, so there is certainly some appeal from his perspective. The 22-year-old blueliner, who is in his third season with Providence College, has three goals and 14 points in 36 games this season.

Up Next for the Bruins

Last night’s 7-1 thumping of the Kings marked five straight wins for the Bruins, and they will look to extend that streak Tuesday night as they take on the Anaheim Ducks. They will then play the Vegas Golden Knights on Thursday, followed by the Columbus Blue Jackets on Saturday to end the week. Their great play as of late has them within six points of the Toronto Maple Leafs for third place in the Atlantic Division.